This page briefly explains the rules for Coiffeur Jass. 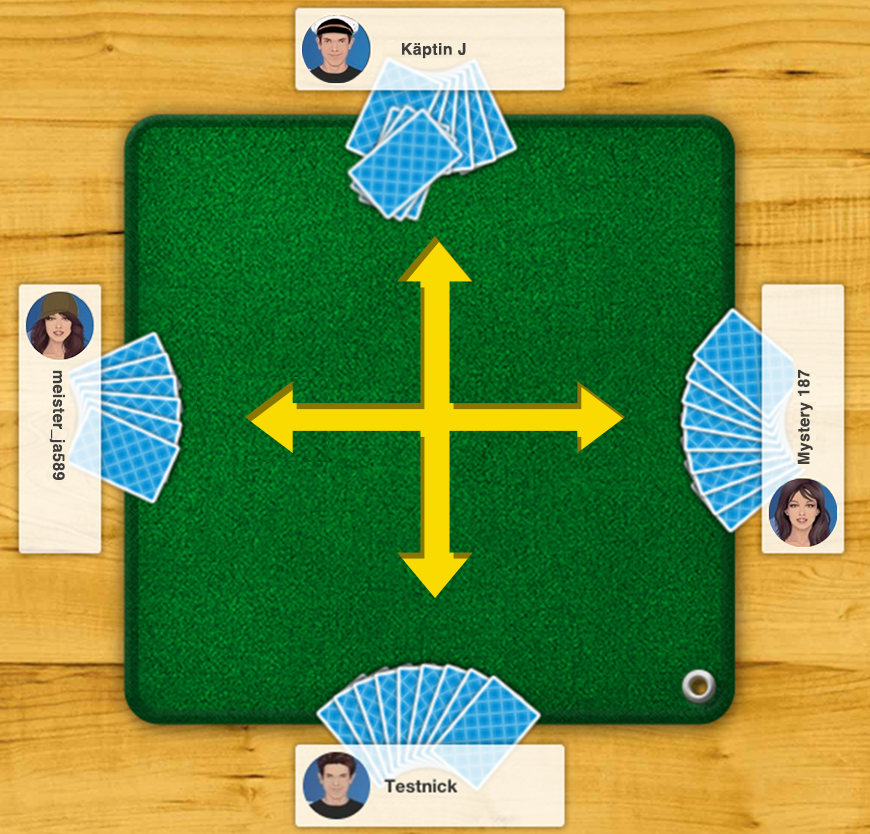 Coiffeur is also a partnership Jass game, with the two players sitting opposite each other forming a team. The aim of Coiffeur is to play all trump options once and score as many points as possible. Only the points of the declaring team count. The team with the most points at the end of all the rounds wins.

A multiplier is allocated to each trump. At the end of each round, the number of points achieved are multiplied accordingly. This calls for foresight when planning the choice of trump. In 8-round Coiffeur, each team must play each trump suit, tops-down, bottoms-up, and two Jokers (free choice of trump option) once. In 10-round Coiffeur, one round of Slalom and one round of Guschti 5/4 are played in addition.

Unlike in Schieber, a player does not pass to his partner, but to the player sitting next to him in an anticlockwise direction. If all players pass, the first player will be called on again to declare trumps. He can no longer pass and has to choose trumps. The player who nominates the trump option plays the first card. There are no melds in Coiffeur. 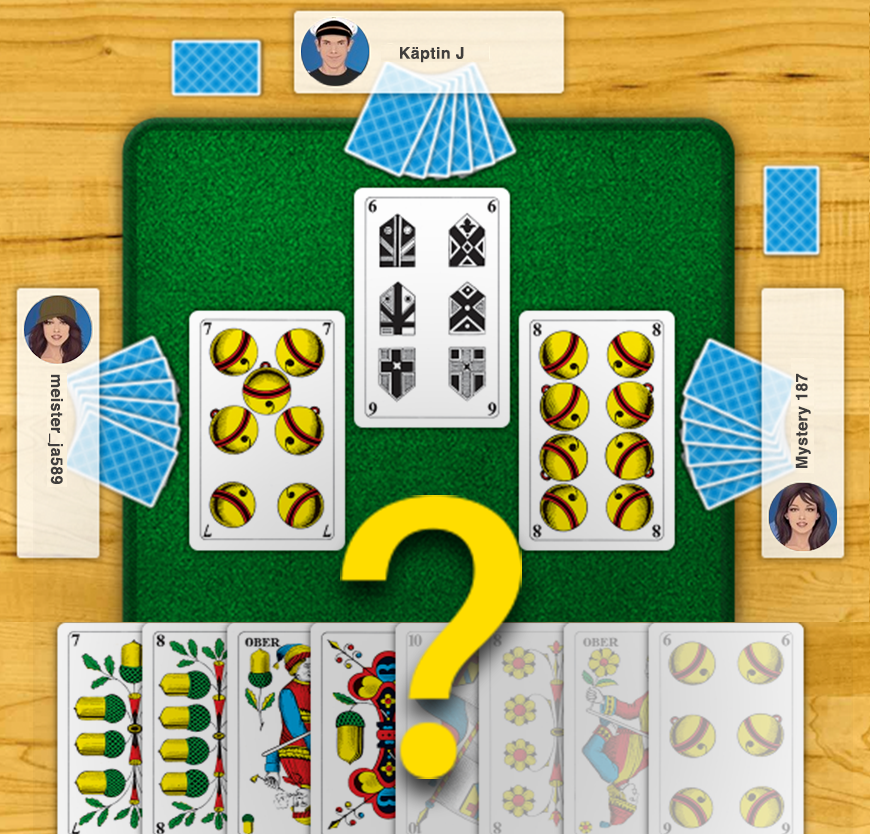 Rules of the game

In Coiffeur, there are clear rules on when a particular suit may be played.