A brief guide to EuroMillions

EuroMillions. It couldn't be easier. The following video shows you how it works.

EuroMillions is a classic lottery. It has been available in Switzerland since 2 October 2004. Besides Switzerland, it is also played in the founding countries the UK, France and Spain as well as in Portugal, Ireland, Belgium, Austria and Luxembourg. On Tuesday and Friday, 5 winning numbers from 1 to 50 and two stars from 1 to 12 are drawn. The object of EuroMillions is to correctly pick as many winning numbers as possible. The more numbers and stars you pick correctly, the higher your winnings. If you choose all the correct numbers and stars in one pick, you win the jackpot.

To be able to play EuroMillions on swisslos.ch, you must:

EuroMillions prize draws take place on Tuesday and Friday near Paris. A recording of the latest draw of winning EuroMillions numbers is available.

And this is what you can win:

The Terms and Rules contain everything you need to know when playing EuroMillions.

Individual picks – the simplest path to becoming a multimillionaire

Click on “Random numbers” and the pick is automatically completed with randomly chosen numbers. 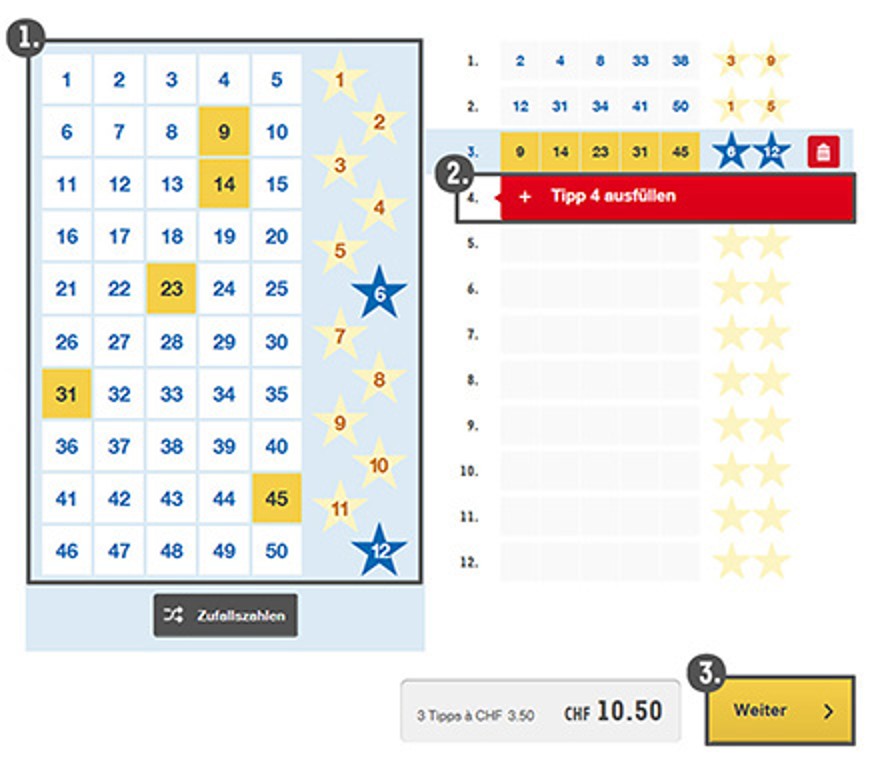 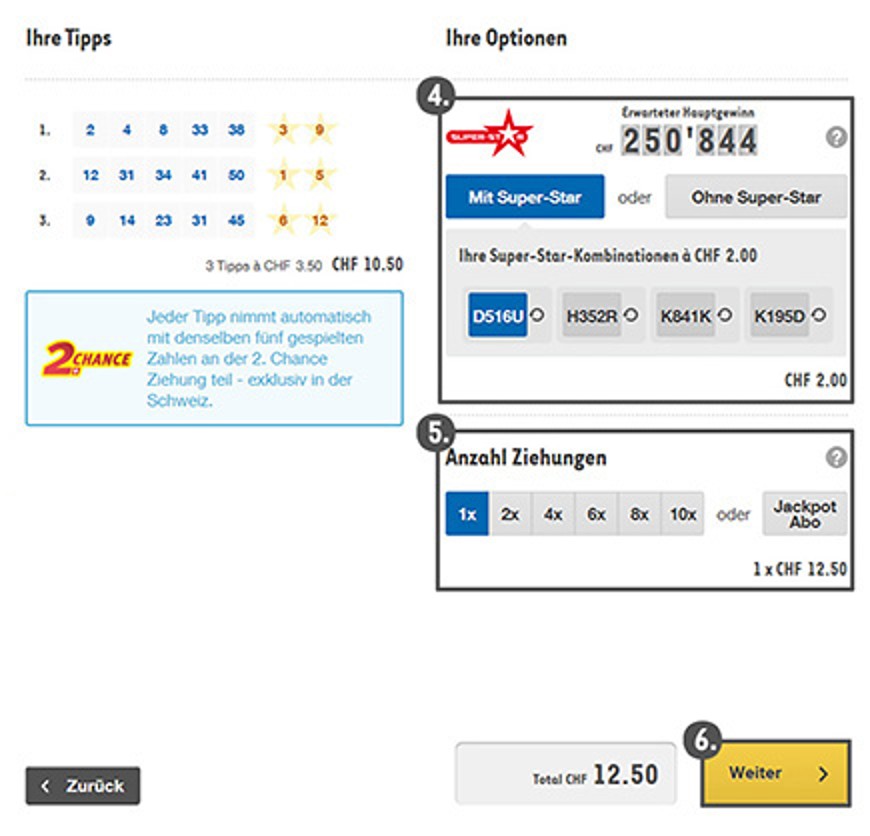 Use our news service and subscribe to the prize notification or the jackpot alarm, for instance.

Quick pick – the fastest way to become a multimillionaire

Quick pick is the fastest way to play EuroMillions. Just choose EuroMillions quick pick – whether online or at the Lotto sales outlet. Now all you need to do is state how many picks you want to play and how many draws you want to participate in, and the system will choose your numbers randomly for you. Done!

Quick pick is the fastest way to play EuroMillions. You don't need to choose the numbers yourself. Instead: 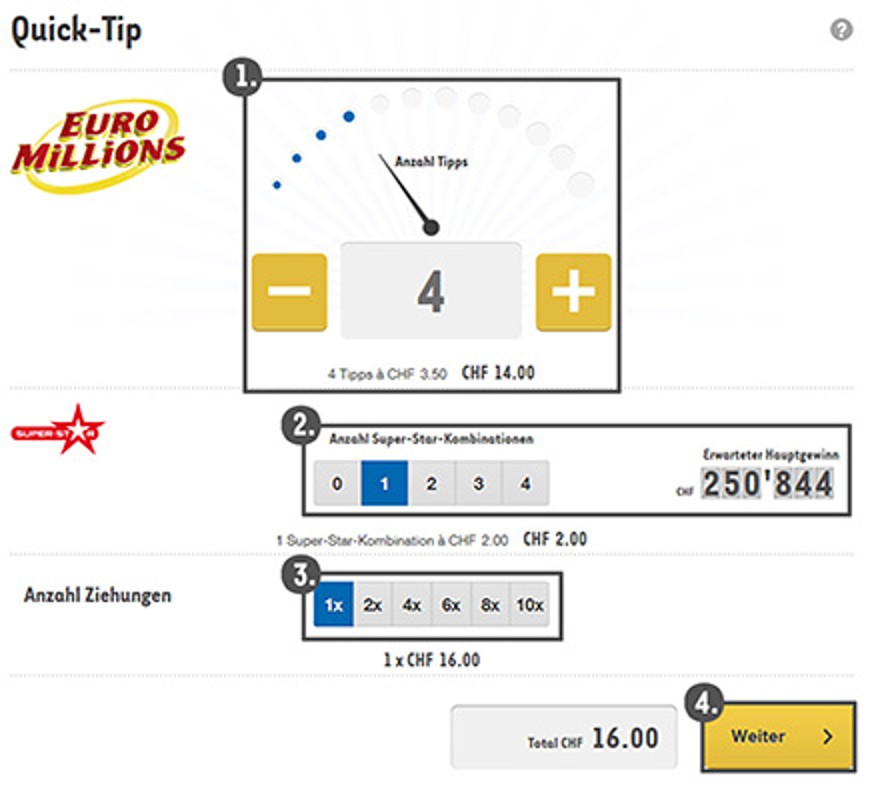 Use our news service and subscribe to the prize notification or the jackpot alarm, for instance.

Super-Star – an extra chance to win a prize 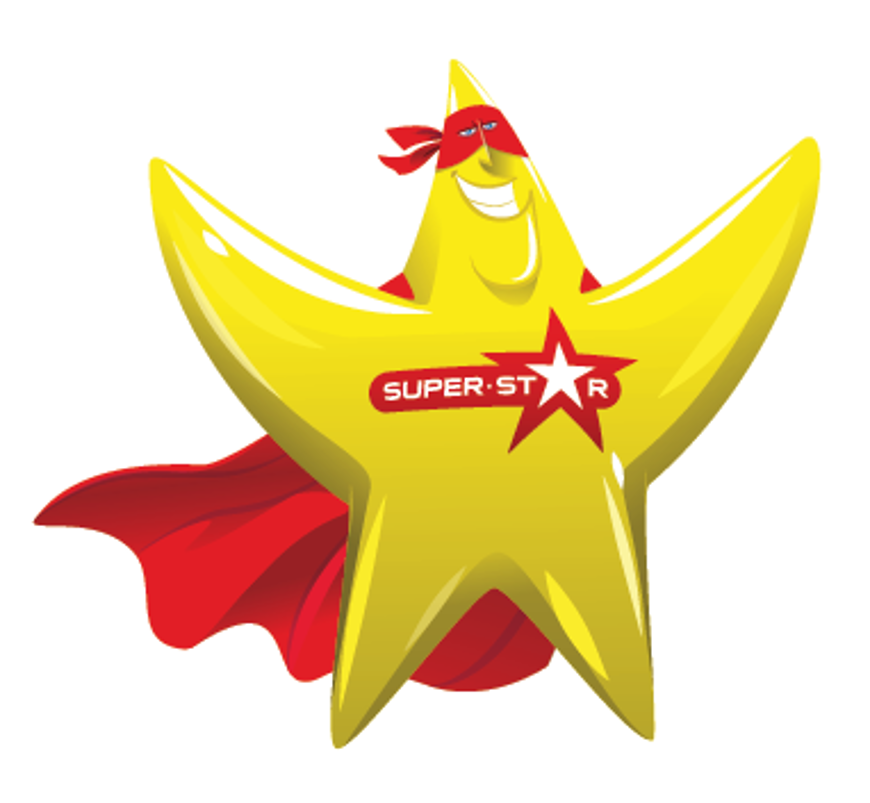 If you do not like the suggested Super-Star combination, just click on the symbol next to it, and the system will propose a different combination of letters and numbers. 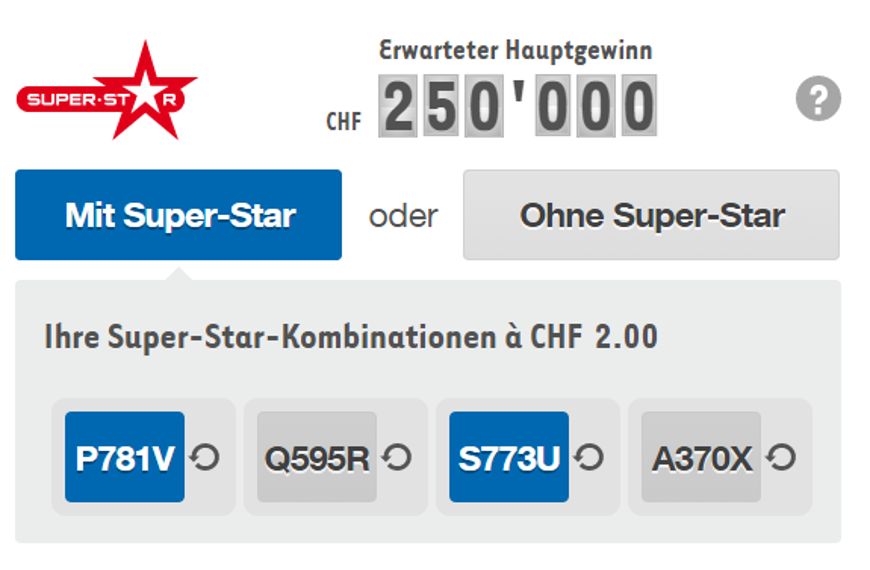 And this is what you can win playing Super-Star

The Terms and Rules contain everything you need to know about playing Super-Star.

If you don't want to miss a EuroMillions draw or jackpot, then simply conclude a subscription for your EuroMillions picks or system. 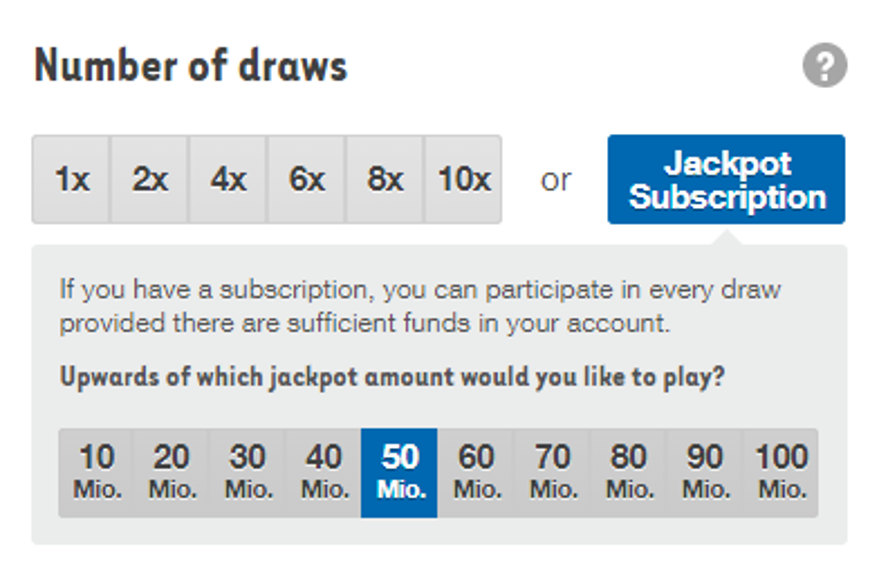